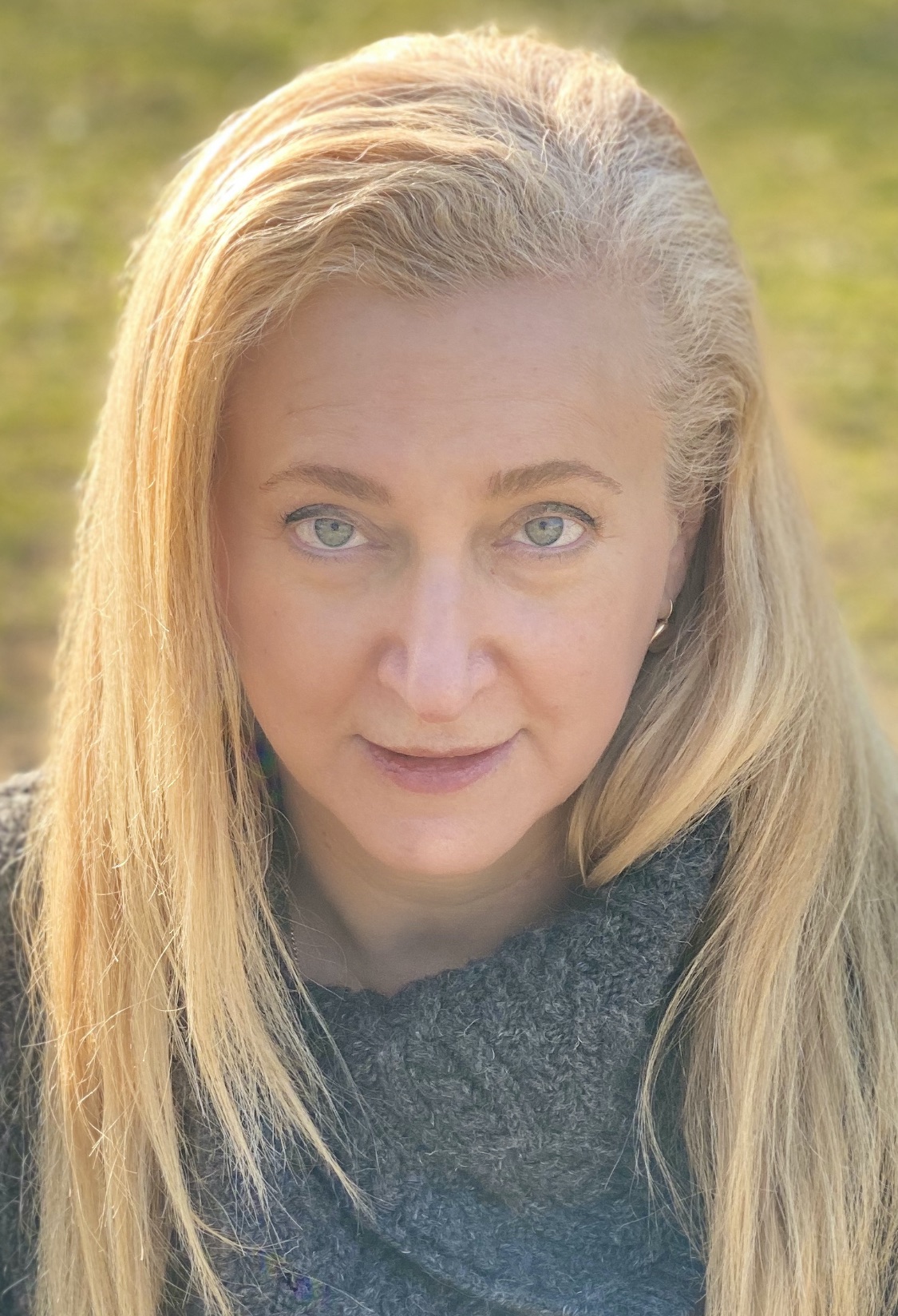 Lara Friedman is the President of the Foundation for Middle East Peace (FMEP). She is a leading authority on the Middle East, with particular expertise on U.S. foreign policy in the region, on Israel/Palestine, and on the way Middle East and Israel/Palestine-related issues play out in Congress and in U.S. domestic politics, policies, and legislation. Lara is a former officer in the U.S. Foreign Service, with diplomatic postings in Jerusalem, Washington, Tunis and Beirut. She also served previously as the Director of Policy and Government Relations at Americans for Peace Now. In addition to her work with FMEP, Lara is a non-resident fellow at the U.S./Middle East Project (USMEP). She holds a B.A. from the University of Arizona and a Master’s degree from Georgetown’s School of Foreign Service; in addition to English, Lara speaks French, Arabic, Spanish, (weak) Italian, and muddles through in Hebrew. Kristin McCarthy is the Director of Grants & Operations at the Foundation for Middle East Peace, and also authors FMEP’s weekly Settlement Report. Prior to joining FMEP, Kristin was the Policy Director at the Arab American Institute where she served from 2014-2017. Before that, she worked with Israeli and Palestinian human rights experts to do advocacy in Washington, D.C. Kristin has travelled extensively throughout the Middle East She is a graduate of Seattle Pacific University. 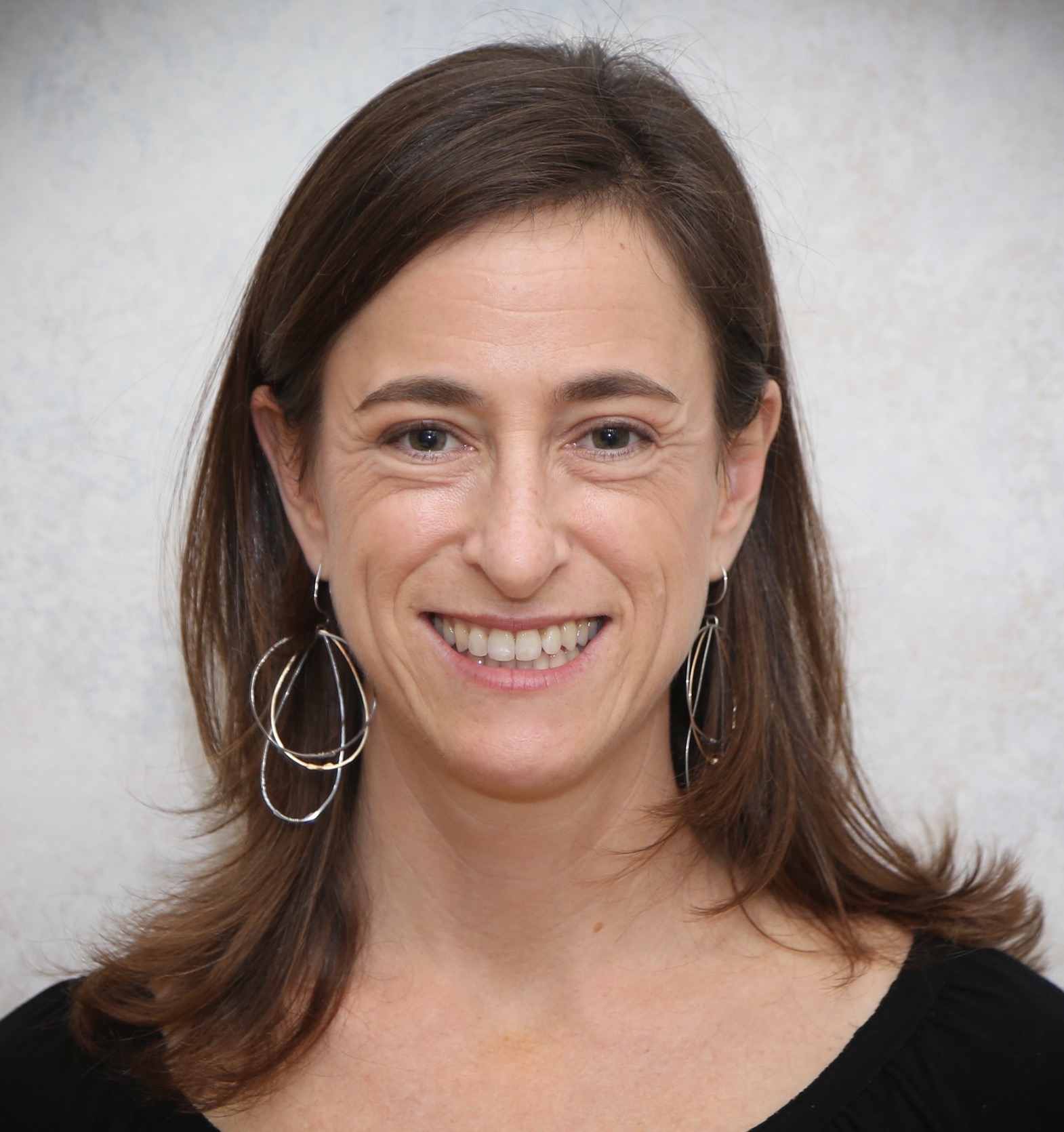 Sarah Anne Minkin, PhD is the Director of Programs & Partnerships. She is an expert on the intersection between Israeli civil society and Palestinian civil rights and human rights advocacy as well as the ways that American Jews approach the Israeli-Palestinian conflict. She leads FMEP’s programming, works to deepen FMEP’s relationships with existing and potential grantees, and builds relationships with new partners in the philanthropic community. She is an affiliated faculty member at University of California, Berkeley’s Center for Right-Wing Studies.

Dr. Odeh Aburdene is a senior advisor to Capital Trust where he focuses on developing strategic relationships with private equity funds such as Blackstone, Quadrangle, Perseus, Centre Partners and the Trident Funds Group. Dr. Aburdene has spoken on the topic of venture capital and economic growth in the Middle East at the Dubai Strategy Forum in 2002, the Jeddah Economic Forum in 2004 and participated in the UCLA conference on Economic Growth in the Middle East in Doha, Qatar in 2006. Dr. Aburdene received his Ph.D. from Fletcher School of Law and Diplomacy, specializing in Oil Economics.  His thesis analyzed the impact of Middle East oil on the U.S. balance of payments. Dr. Aburdene also studied the Middle East Oil Industry at The Harvard Center for Middle East Studies. Dr. Aburdene has published several articles on International Monetary issues.  He is also a member of New York City Council on Foreign Relations and the International Advisory Board of the Fletcher School of Law and Diplomacy.  He served on the Advisory Board of the Rand Center for Middle East Public Policy and the Advisory Board of Search for Common Ground and Seeds of Peace.  Dr. Aburdene also serves on the Boards of America-Mideast Educational and Training Services, Inc., the Bethlehem Development Foundation and the Atlantic Council and the Scowcroft Center.

Rebecca Abou-Chedid is Partner at Norton Rose Fulbright US LLP. Rebecca previously served as a law clerk in the U.S. Department of Justice’s Executive Office for Immigration Review; as Director of Outreach for the New America Foundation’s Middle East Task Force; and as National Policy Director of the Arab American Institute. Rebecca was also co-Chair of the Board of Directors of Just Vision. Rebecca is a graduate of Georgetown Law School and received her BA at Cornell University.

Edison W. Dick’s legal career has been primarily focused on public international law. He was Senior Partner in the Chicago/Washington DC law firm of Quinn, Jacobs, Barry and Dick and General Counsel to the National Association of Marine Services. He served for 20 years as Chair and Executive Director of the American Bar Association’s International Legal Exchange (ILEX) Program for the exchange of lawyers between the United States and foreign countries. He also served for over 15 years on the Board of Directors of the United Nations Association (UNA/USA) where he was Chair of the Advocacy Committee.

Joseph Englehardt is a retired U.S. Army colonel and a former international peacekeeper with over 35 years’ experience in the Middle East. He was the U.S. Defense Attaché in Cairo. He also served in Tehran, Ankara, and Beirut. Colonel Englehardt was the Director of Middle East Studies at the U.S. Army War College and Military Adviser to the Assistant Secretary of State for Near Eastern Affairs. Returning to Cairo, he was the Representative of the Director General of the Multinational Force and Observers, overseeing implementation of the peace treaty between Egypt and Israel from 1998 to 2004.

Tim Grimmett is a retired Army officer with regional Mideast experience supporting policy and intelligence analysis. In the Army, Tim was a Military Intelligence officer and Middle East Foreign Area Officer, serving twice as a Defense Attaché in Syria and Lebanon; as a military observer with the United Nations in Israel; as a military observer with the UN Deputy Sector Commander in Iraq/Kuwait; and as a Special Advisor for Middle Eastern Affairs to the Vice President of the United States. Since retiring from the Army in 2004, Tim has provided senior-level analytic support and senior policy support on Middle East issues to multiple members of the intelligence community (IC) including the Office of Director of National Intelligence, the National Intelligence Council, the FBI, and the Defense Intelligence Agency. He has organized, been a panel member, or moderated numerous analytic roundtables for the IC on political developments in the Middle East. Tim has also participated in numerous IC-sponsored games and simulations regarding the Middle East playing senior decision-maker roles and oversaw the concept development and writing of numerous NSC-directed papers on Middle Eastern issues.

Ambassador (ret.) Arthur Hughes is a retired U.S. Foreign Service officer. After his retirement from the Foreign Service in 1997, he was appointed Director General of the Multinational Force and Observers by Egypt and Israel in August 1998, serving as head of this peacekeeping operation until July, 2004.  Since then he has been a Scholar at the Middle East Institute, board member of the Foundation for Middle East Peace and of the Washington Institute of Foreign Affairs, and Senior Advisor to the Jerusalem Old City Initiative.  His most senior positions in government service were United States Ambassador to Yemen, Deputy Assistant Secretary of Defense for Near East and South Asia, and Deputy Assistant Secretary of State for Near East Affairs. He is a recipient of the President’s Distinguished Service Award.

Ambassador (ret.) Richard W. Murphy had a 34-year career in the U.S. Foreign Service. After retiring in 1989, he joined the Council on Foreign Relations in New York as the Hasib J. Sabbagh Senior Fellow for the Middle East (1989-2004). He was previously Assistant Secretary of State for Near East and South Asian Affairs (1983-89), as well as ambassador to Syria, Saudi Arabia, Mauritania, and the Philippines. He is a three-time recipient of the President’s Distinguished Service Award and a two-time recipient of the State Department’s Superior Honor Award.

Gail Pressberg is a Senior Fellow at the Institute for Civil Society, a non-profit organization dedicated to promoting breakthroughs in civil society that address pressing issues of the day. Prior to holding these positions, Ms. Pressberg was the Arab Affairs Policy Consultant for Americans for Peace Now, as well as the Director of the Center for Israeli Peace and Security. She also served as the Executive Director of the Foundation for Middle East Peace. For her efforts in bringing Israeli, Palestinian, and Arab leaders together, Ms. Pressberg was honored by the University of Pennsylvania with its Janet Lee Stevens Memorial Award.

Julie Schumacher Cohen is the former Deputy Director of Churches for Middle East Peace and former Senior Fellow of the Telos Group, and currently serves on CMEP’s Catholic Advisory
Council. She is Assistant Vice President for Community Engagement and Government Affairs at The University of Scranton where she runs community-based learning, political dialogue,
refugee accompaniment, and other community and civic engagement initiatives. Cohen holds a BA from Gordon College, an MPA from Villanova University, and is a current doctoral student in political science at Temple University.

Michael Van Dusen is Senior Advisor to the President for Alumni Relations of the Woodrow Wilson International Center for Scholars. He held the position of Executive Vice President and Chief Operating Officer from 1999-2014. Prior to his time at the Wilson Center, he worked for close to 30 years in the U.S. House of Representatives, serving as staff consultant and then staff director of the Subcommittee on Europe and the Middle East of the Committee of Foreign Affairs, then Chief of Staff of the Committee on Foreign Affairs, and finally as Democratic Chief of Staff of the Committee on International Relations. He holds a doctorate from the Johns Hopkins University School of Advanced International Studies.

Ambassador (ret.) Nicholas A. Veliotes is a retired U.S. Foreign Service officer and chairman of FMEP’s Board of Directors. He served as Assistant Secretary of State for Near Eastern and South Asian Affairs, as well as Ambassador to Jordan and Egypt and Deputy Chief of Mission in Tel Aviv. He is a member of the Middle East Institute, the Council on Foreign Relation and Veterans of Foreign Wars, and he also serves on the Boards of AMIDEAST and the American Academy of Diplomacy.

Ambassador (ret.) Philip C. Wilcox, Jr. retired from the U.S. Foreign Service in 1997 after a 31-year career, and was president of the Foundation for Middle East Peace from 2001 to 2014. During his career as a diplomat, he was Consul General in Jerusalem (1988-91), Director for Israeli and Arab-Israeli Affairs, Deputy Assistant Secretary of State for Middle Eastern Affairs, and Principal Deputy Assistant Secretary of State for Intelligence and Research, and Ambassador at Large and Coordinator for Counter-terrorism, from which he retired. He has been awarded the Department of State’s Meritorious, Superior, and Presidential Honor Awards. He serves as Chairman of the Board of American Friends of UNRWA, and is a member of the boards of the Rostropovitch-Vishnevskaya Foundation, the International Student House in Washington, DC, and the Washington Institute for Foreign Affairs.

Molly Williamson is a retired Foreign Service Officer, having served six presidents, achieving the rank of Career Minister.  She is a scholar with the Middle East Institute, a consultant, and frequent guest lecturer at Johns Hopkins University, Defense Institute of Security Assistance Management (DISAM), and National Joint Staff College. Williamson has been a distinguished scholar in residence with the National Council on US-Arab Relations since 2010. She is also a member of Georgetown University’s MSFS oral boards, and a Director on several Boards. Williamson was the Senior Foreign Policy Advisor to the Secretary of Energy with global responsibilities at the nexus of foreign policy and energy policy.  When Deputy Assistant Secretary of Commerce, Williamson was responsible for the Middle East, South Asia, Oceania and Africa, advancing trade relations with 86 countries with a trade portfolio valued at over $120 billion/year. Williamson was Principal Deputy, then Acting Assistant Secretary of State, International Organizations Bureau, responsible for the policy and programs affecting UN political and Security Council matters, peacekeeping and humanitarian operations. As Deputy Assistant Secretary of Defense,  Williamson was responsible for the Middle East, Africa, and South Asia. She has had numerous diplomatic postings in the Middle East, including heading up our diplomatic missions to Bahrain, and Jerusalem during the Madrid Peace Process, which culminated in the Oslo Accords.

Jean Newsom is former executive director of the Foundation for Middle East Peace.  A graduate of the University of California/Berkeley, she has also been editor of the Middle East Journal and publications director at the Center for Strategic and International Studies in Washington, DC.