How Ireland is Leading the Way Against Israeli Settlements

How Ireland is Leading the Way Against Israeli Settlements 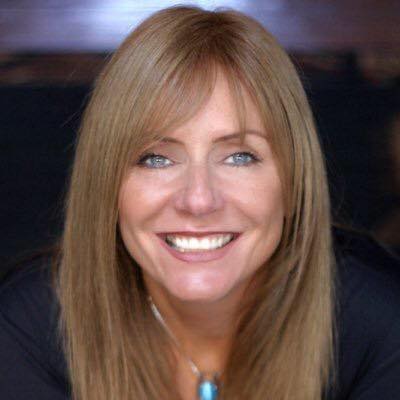 in conversation with respondents

A light lunch will be provided.

As the U.S. under the Trump administration continues to encourage the entrenchment of Israel’s control over Palestinian territories it occupied in the 1967 War, Ireland is considering a different path, as both houses of parliament voted in favor of a new bill mandating a boycott of goods produced in Israeli settlements, which are established throughout the occupied Palestinian territories in violation of international law. If the bill makes it through the coming legislative processes to become law, it would represent a powerful demonstration of how nations around the world can and should act to defend international law and basic human rights. And the extreme reactions to the bill – not just from Israel but from some in the U.S., including in Congress – underscore just how worried defenders of settlements are that it could have serious impact. Join us for this important and timely conversation.

Frances Black is an independent senator in the Republic of Ireland, who has championed a range of progressive policies to support vulnerable communities. After visiting Palestine, Black stood up in support of international law, human rights, and justice in Palestine, introducing legislation last year to end Ireland’s trade in goods produced in illegal Israeli settlements in the occupied Palestinian territories. The bill passed the upper house of parliament (Seanad), in December, and then the lower house (Dail) in January. She is an exceptionally compelling speak on issues of justice and human rights.

James Zogby co-founded the Arab American Institute in 1985 and continues to serve as its president. He has been active in the struggle for justice in Palestine for several decades. He is Director of Zogby Research Services, a firm that has conducted groundbreaking surveys across the Middle East. For the past 3 decades, he has served in leadership roles in the Democratic National Committee and served 2 terms as a President Obama appointee to the United States Commission on International Religious Freedom. He writes a weekly column published in 12 countries. He is featured frequently on national and international media as an expert on Middle East affairs.

Lara Friedman is the President of the Foundation for Middle East Peace (FMEP). With more than 25 years working in the Middle East foreign policy arena, Lara is a leading authority on U.S. foreign policy in the Middle East, with particular expertise on the Israeli-Arab conflict, Israeli settlements, Jerusalem, and the role of the U.S. Congress. She is published widely in the U.S. and international press and is regularly consulted by members of Congress and their staffs, by Washington-based diplomats, by policy-makers in capitals around the world, and by journalists in the U.S. and abroad. In addition to her work at FMEP, Lara is a non-resident fellow at the U.S./Middle East Project (USMEP). Prior to joining FMEP, Lara was the Director of Policy and Government Relations at Americans for Peace Now, and before that she was a U.S. Foreign Service Officer, serving in Jerusalem, Washington, Tunis and Beirut. She holds a B.A. from the University of Arizona and a Master’s degree from Georgetown’s School of Foreign Service; in addition to English, Lara speaks French, Arabic, Spanish, (weak) Italian, and muddles through in Hebrew.