Occupied Thoughts by FMEP · Case Study: How a Settler Law-Breaker Became the #2 Official in Israel’s Ministry of the Interior
Subscribe to “Occupied Thoughts” on iTunes | Soundcloud |Spotify
Recorded August 11, 2021

FMEP’s Lara Friedman speaks to Kerem Navot’s Dror Etkes about the appointment of a prominent settler to the number 2 position in the Ministry of the Interior – the ministry that has authority over construction in Israel-controlled parts of the West Bank — despite the fact that this person lives in an illegal outposts where he built his house illegally (under even Israel law) and despite the fact that for years he led a company devoted to taking Palestinian land in the West Bank. Dror looks at what this appointment, at its approval by Israel’s Attorney General, means in terms of Israel rule of law, Israeli policies, and the mainstreaming of the settlers’ agenda.

Dror Etkes is the founder of the organization Kerem Navot, which conducts comprehensive land-use research on the ongoing dispossession of Palestinians from their land in the West Bank. Dror has been closely following Israeli settlement and land management policy in the West Bank since 2002.

Lara Friedman is the president of the Foundation for Middle East Peace. With more than 25 years working in the Middle East foreign policy arena, Lara is a leading authority on U.S. foreign policy in the Middle East, with particular expertise on the Israeli-Arab conflict, Israeli settlements, Jerusalem, and the role of the U.S. Congress. Prior to joining FMEP, Lara was the Director of Policy and Government Relations at Americans for Peace Now, and before that she was a U.S. Foreign Service Officer, serving in Jerusalem, Washington, Tunis and Beirut. She tweets @LaraFriedmanDC. 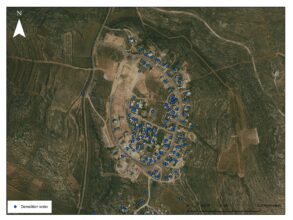 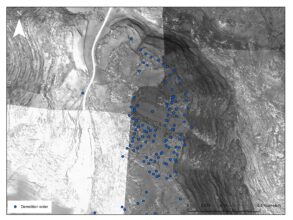