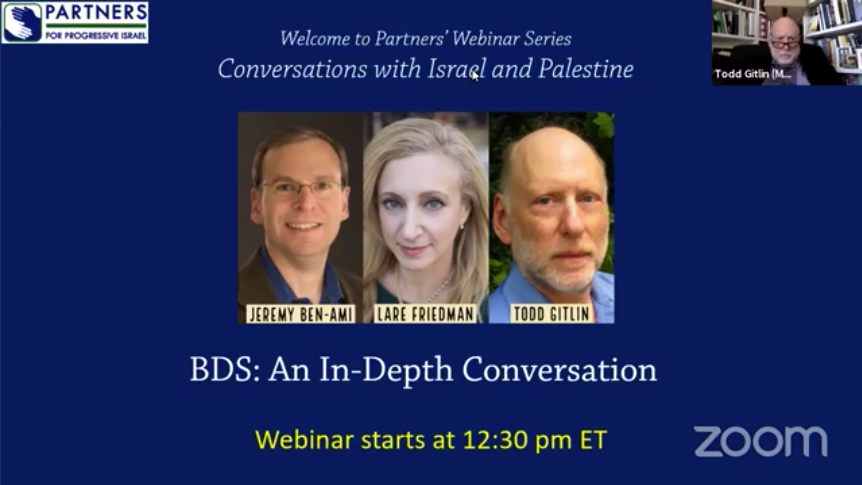 Hosted by Partners for a Progressive Israel.

“BDS” – a three-letter acronym, standing for “Boycott, Divestment, Sanctions,” that generates a wide and wild range of reactions. In some, BDS strikes fear and loathing, the Israeli government, for example, insisting that the BDS movement nurtures deep ties to terrorism and that its sole purpose is to dismantle and destroy the State of Israel. For others, BDS is a rallying cry against the oppression of Palestinians, a nonviolent tool designed to help the Palestinians level the playing field against a much more powerful Israeli occupier. Meanwhile, those who steer clear of both these poles often find themselves assailed from both sides.

With so-called “anti-BDS bills” now being promoted in Congress and state capitals, and with the election of the first members of Congress who have publicly expressed support for the BDS movement, we are pleased to be hosting Lara Friedman and Jeremy Ben-Ami, two major figures in the BDS debate, who will help make sense of what BDS is and isn’t, and offer strategies for responding to this very polarizing issue.