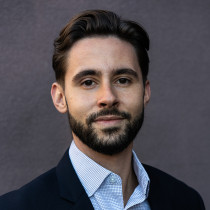 Tariq Kenney-Shawa was an FMEP-sponsored fellow at the Middle East Institute’s Palestine Program (2021-2022). Tariq now serves as the U.S. Policy Fellow at Al-Shabaka: The Palestinian Policy Network. Tariq completed his Masters in International Affairs at Columbia University, where he studied conflict resolution, international security, and journalism. During his time as a graduate student he also consulted for The New York Times, researching far-right extremism and threats posed to journalists. Before that, Tariq worked at a security consulting firm based in New York City, where he covered conflict developments across the Middle East and North Africa. As a Palestinian-American, Tariq hopes to pursue a career that contributes to the Palestinian struggle for self-determination and equal rights and influences US foreign policy. In his free time, he is an avid street and travel photographer. 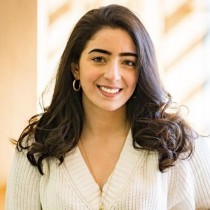 Nooran Alhamdan was an FMEP-sponsored fellow at the Middle East Institute (2020-2021), where she is graduate research fellow in the Program on Palestine and Palestinian-Israeli Affairs. An MA candidate in Arab Studies at the Edmond A. Walsh School of Foreign Service at Georgetown University, Nooran received her bachelor’s degree in analytical economics and political science, with a minor in Middle Eastern studies, from the University of New Hampshire. She is a former intern of the United Nations Population Fund and the Arab American Institute. She is also a recipient of an undergraduate international research grant and spent the summer of 2019 conducting a research project on Palestinian refugees in Jordan. In 2019 she was named a Harry S. Truman scholar, representing the state of New Hampshire.